Upon Rolvenden’s War memorial are 51 names of men from the Rolvenden area who lost their lives during World War 1.

Mrs Thomas and Holly Class have been dedicating their learning over the past couple of weeks to finding out more about them and their experiences during World War One. Luckily for Holly Class, the many links Mrs Thomas has within the local community has enabled the children to have the very best resources at hand to support their learning:

Jackie King, Mrs Thomas’ mum, who has spent many hours researching the lives of the men upon the war memorial. Mrs King has been in to visit the children in school to share her research findings.

Dave King, Mrs Thomas’s dad, a skilled carpenter, who created the wooden ‘Tommies’ you see down the Layne and in Holly Classroom. He has also made 51 poppies for the children to use in the classroom and display in Rolvenden Playing Fields.

Ellen Parton, Edie’s mum, an archivist at the Imperial War museum, who allowed the children access to a letter from a war hero who wrote to his father upon finding out World War One had been won.

Geoff Blain, a war veteran from World War 2, who has been in to visit Holly Class to talk about his experiences of being in a war.

Amelia and Rob Pursey, owners of Frensham Manor who were in support of helping the children as well as local families hold a memorable event to commemorate the 100 years since the end of the war. They allowed a special service by Holly Class to be held in their barn.

The Gybbons Trust and War Memorial Trust, local charities who accepted a highly detailed application from Mrs Thomas to request financial support for the class project. The money went towards purchasing resources for Mr King and also allowed the ‘There-but-not-There’ commemorative ‘Tommy’ lapel pins to be purchased for each child involved in the project. The ‘There-but-not-There’ campaign, which we are supporting, aims to commemorate the fallen, educate younger generations and heal veterans who are today suffering from the hidden wounds of their sacrifice.

Lastly, they have Mrs Thomas who facilitated the project allowing the children to read extracts from soldier’s diaries and letters (and write their own), create artwork linked to the war, listen to the sounds recorded in the trenches, watch re-enactments and participate in their own drama sketches and discussions.

On Friday 9th November, Holly Class invited parents, grandparents and great-grandparents and special guests to join them at Frensham Manor for a special assembly to pay tribute commemorate 100 years since the Armistice, with a special tribute to the 51 men from the Rolvenden area. The children processed down form the School to the manor carrying their decorated poppies and the ‘Tommy’ from the classroom. Upon arrival, Mrs Thomas introduced the project the children had been involved in. The special assembly began with our Head Boy reading ‘In Flanders Field’ followed by our Head Girl reading ‘We shall keep the faith.’ As the children read the names of the fallen men, a red dot was shown on a powerpoint to show where they originated from in the local area. Further poems were read by the children and the Last Post played. After final few words from Mrs Thomas, everyone went to Rolvenden Playing fields to build their beautiful poppy display on the fence and have one minute’s silence.

It seemed appropriate to end with Mrs Thomas’ closing summary,

“They say it takes a village to look after a child. The sense of community on this project has been heart-warming from start to finish and we know it will be an event for the children to remember and keep the memory of the sacrifice made by the local soldiers alive for the next generation.” 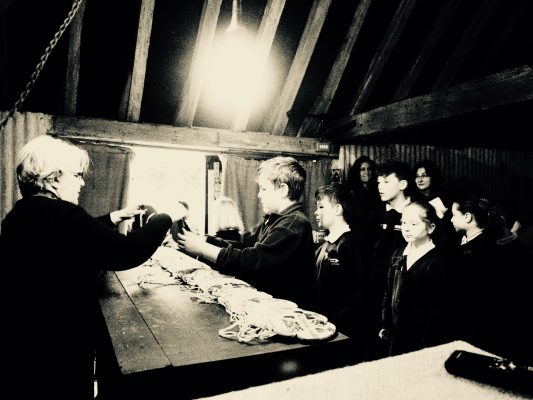 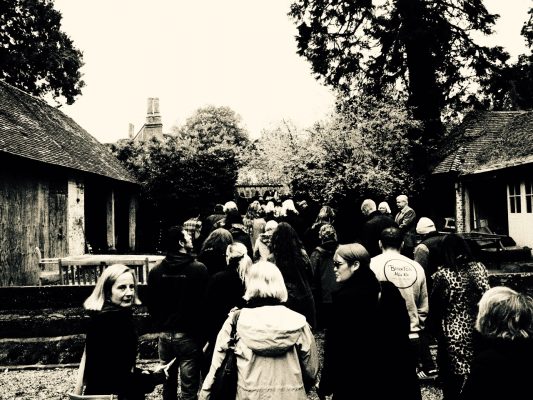 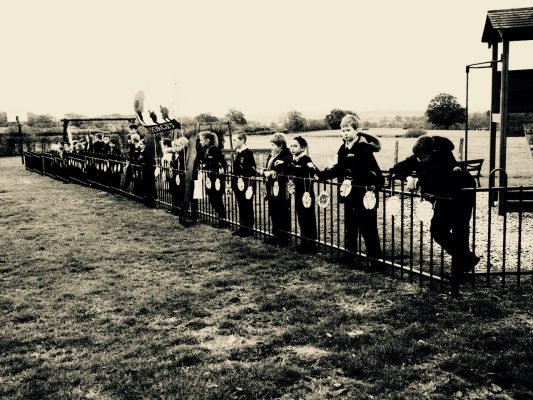 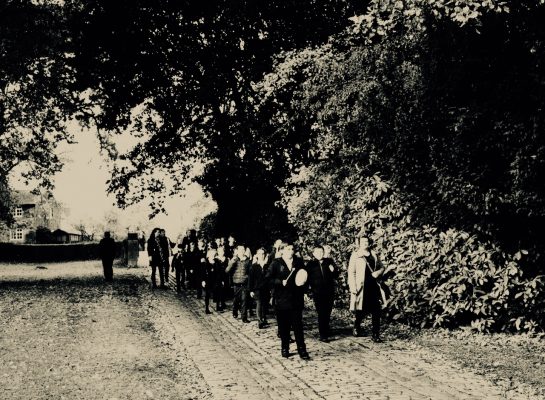 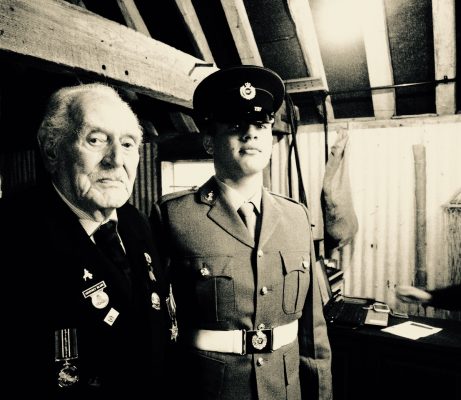