Tuesday has been a very active day!

The children eventually settled to sleep last night after suffering grips of spontaneous giggles and whispers while Mr Leader and I played Bananagrams waiting for the gossips to stop!

So, this morning when breakfast was at 7.10am, there were quite a few tired faces! But they have powered through. The children were very excited by their Abseiling and Aeroball morning. I have to say the children were fantastic sports at abseiling, with everyone mounting the steps up to the abseil tower. The majority went down the wall, learning how to release their abseiling rope to ease themselves down. Some children loved pushing their feet off the wall to make big bounces. Aeroball was great fun, surprisingly exhausting. There are 4 trampolines that make a court. 2 pairs of players compete by bouncing on the trampolines trying to get a goal in the goal behind each player. We also learnt a new game, Monkey Ball. After lunch, we embarked upon Buggy Building where the children designed and made a series of buggies using blue plastic barrels, wooden trunk poles and scaffolding poles and plenty of rope. They then had to have a buggy race. The children voted on boy vs girl groups this week, and so it was very competitive, but both teams made working buggies and tried to learn how to tie a successful knot.

Tonight we’ve had the disco. The children preened themselves, but I  hear it was Mr L that stole the show with his dance moves. 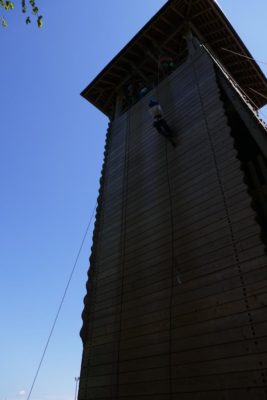 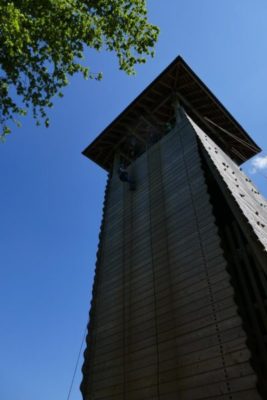 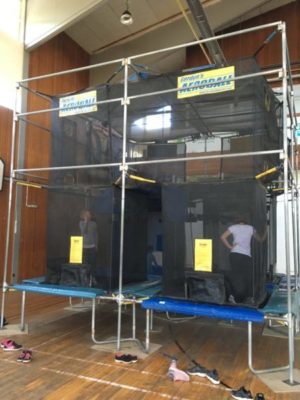 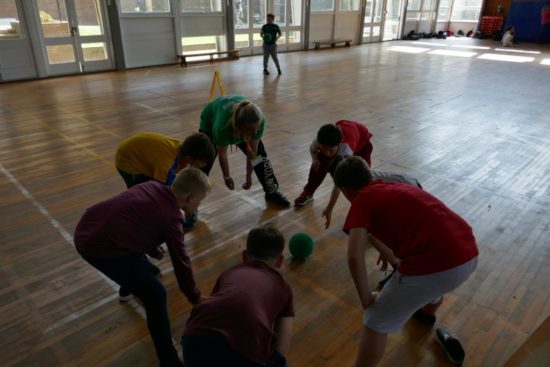