We have had a week of creating poppies at school, some organised by Miss Whitlock, which you will see on the school fences and others by Mrs Thomas, which you can see in the Rolvenden Layne Playing fields. 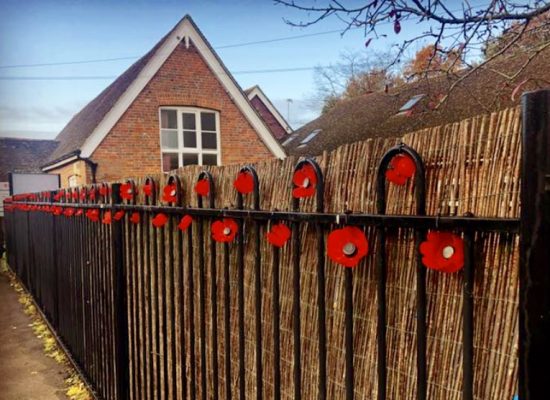 On the morning of Friday 9th November, the majority of the school gathered around the War Memorial to pay their respects and remember the fallen heroes. However Holly Class had grander plans and their story continues on the post named, Holly’s Heartfelt Heroes.