Rolvenden’s Red Nose Day ended up causing quite the stir!

The children were all invited to wear red for the day and pay £1 to charity for the privilege.

Next up was a ‘Lolathon’ in the school’s hall. The aim of this event was to make 4 rather stern faced staff members chuckle by telling them jokes. The Sports Ambassadors had been out in the playground collecting jokes from each class during the week. They shortlisted the best from each class and those children had to face the staff. We had two very excited boys from Year 2 as the ones that made their ribs tickle! 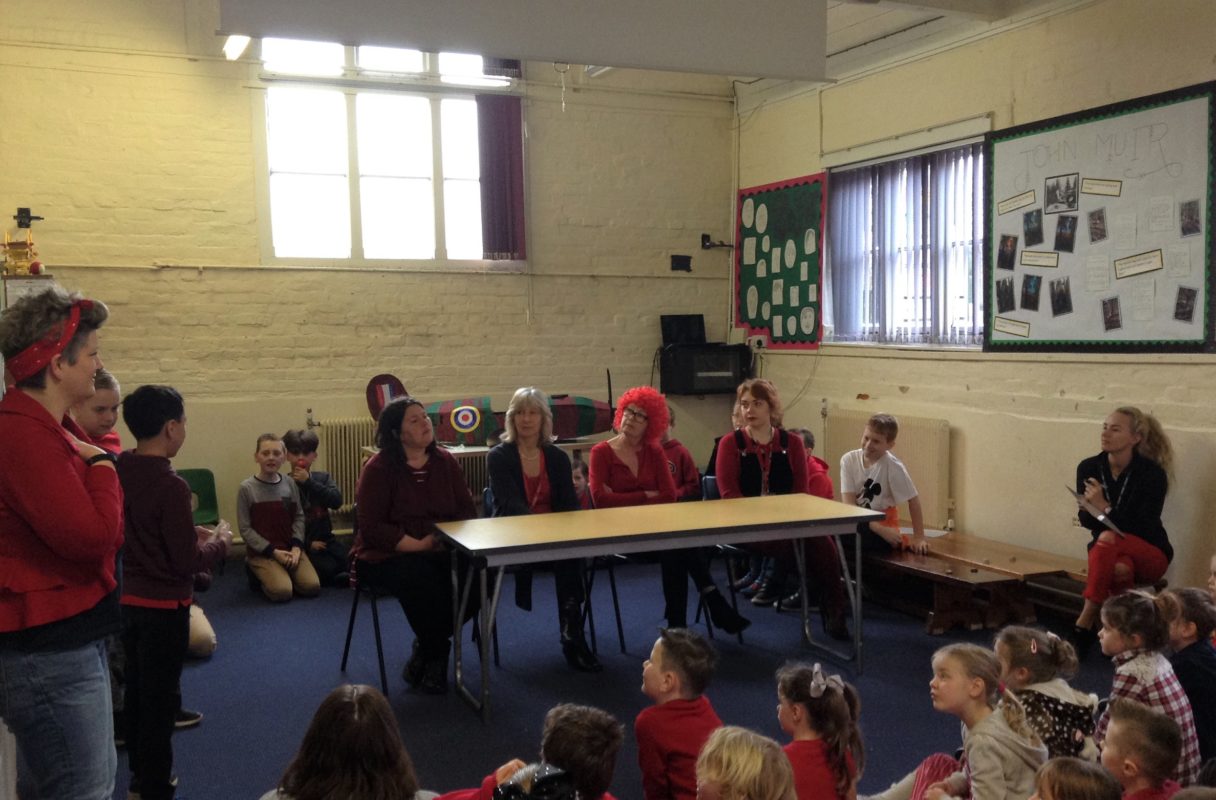 The children also had a cake sale full of delicious cakes. 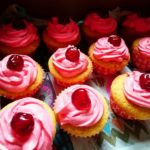 And finally – what a finale! Niamh and her father challenged Mrs Thomas to do the Ice Bucket Challenge for an added donation of £50.00 to Red Nose Day. Mrs Thomas accepted and the event was captured through the following photographs. The children loved it – can’t say Mrs Thomas did – but she powered through! Altogether at the last count we had £430.00 raised so far. Well done to everyone. 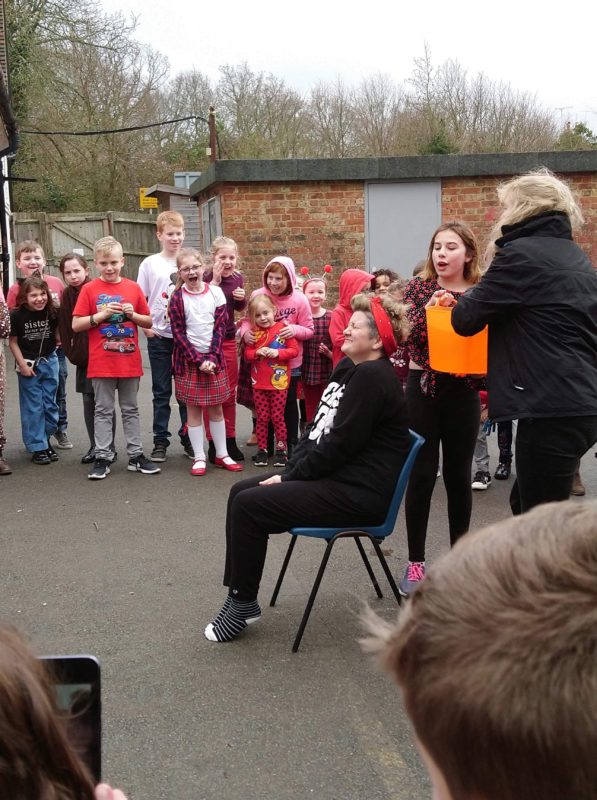 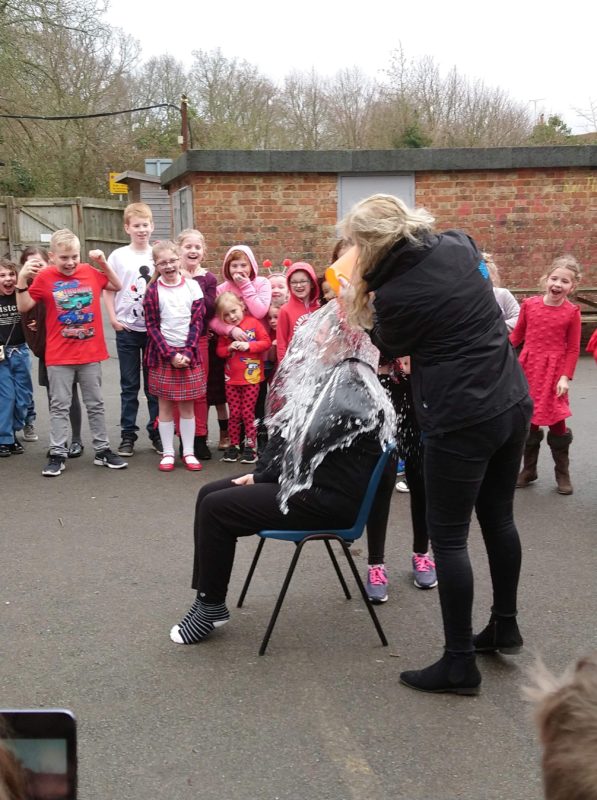 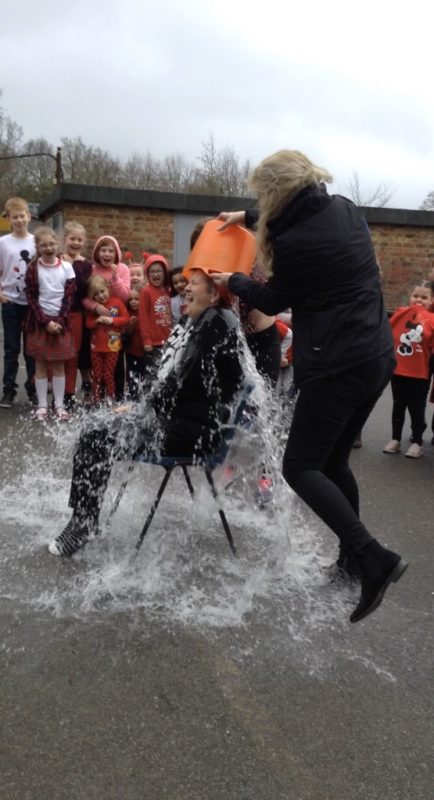 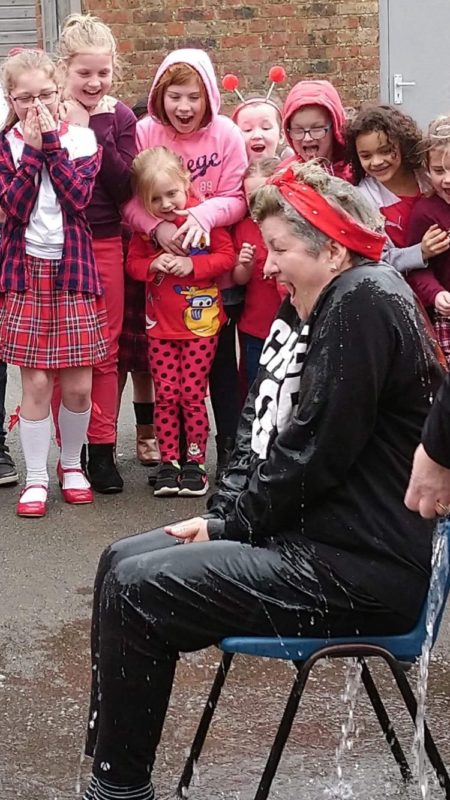