On our final full day the children’s eyes lit up at bacon rolls for breakfast!

Group A had to tackle the leap of faith this morning which was followed by bush craft and fire-lighting. The children had to climb up a ladder onto a telegraph pool, a wobbly telegraph pole. When on the top they had to leap onto a trapeze. Before attempting it the children had to set themselves a challenge as to where they may get to. The children were a little daunted by the wobble of the pole, however some of them took the challenge and leapt for the trapeze. They loved creating the fire and learning about the fire triangle. In the afternoon they had their turn at pool kayaking in Bowles’s short kayaks. 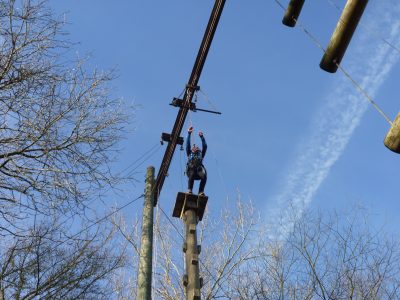 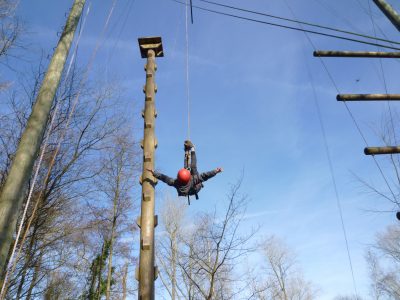 Group B larked about in the indoor pool learning how to pool kayak. They learnt about the differences between a kayak and a canoe. (A kayak has a double paddle and you sit – a canoe has a single paddle and you kneel.) The children really enjoyed learning how to control the kayak with their hands and then with the paddles. They played numerous games which involved partner work – helping each other to get in and out, collecting balls and tag relaying. In the afternoon we had our final ski session where we were learning how to turn to the left and the right with varying degrees of complexity and height. 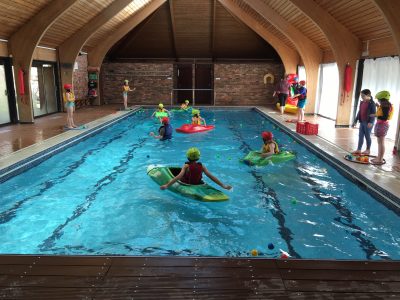 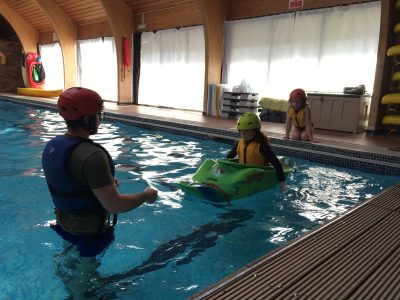 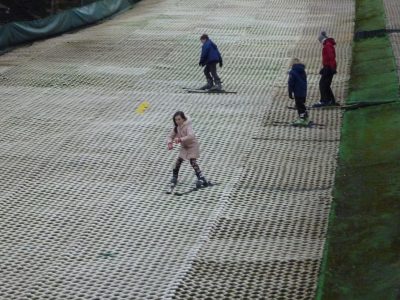 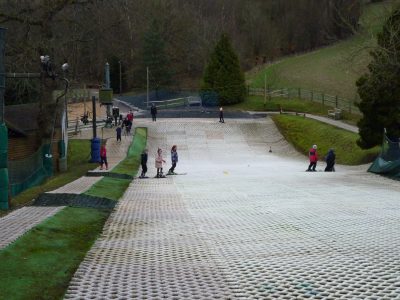 In the evening we enjoyed a treasure hunt around the grounds which ended in a campfire where we toasted marshmallows. Before long we returned to the lodge for our final sleep before the big pack and tidy up tomorrow.